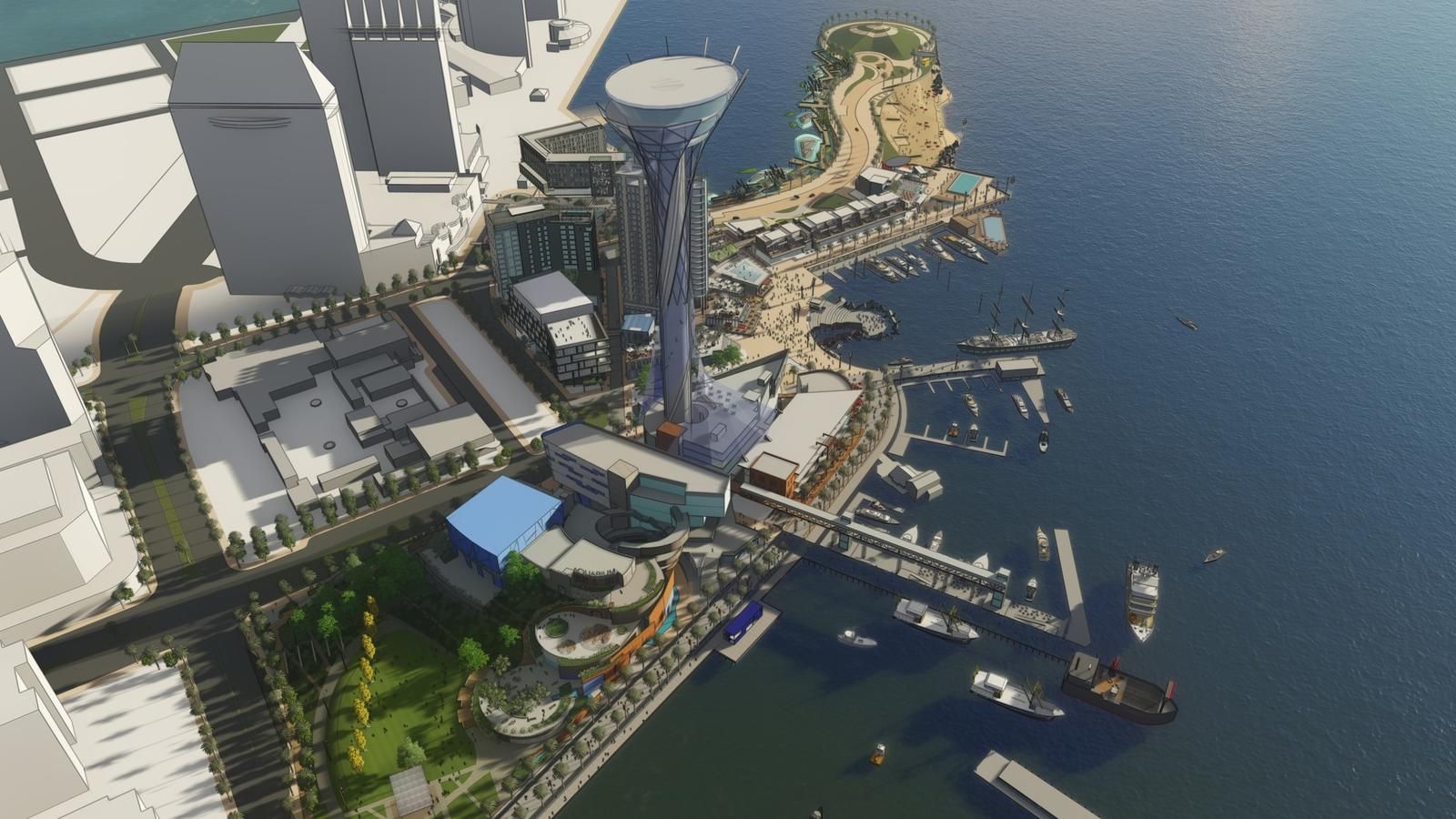 An earthquake fault line under Seaport Village led to a change in plans for its redesign, such as moving an aquarium. (Gafcon)

An earthquake fault line under Seaport Village has led to a major rework of plans for what will likely become a San Diego landmark.

Plans for the nearly 40-year old shopping and recreation area include a 480-foot observation tower that, according to the San Diego Unified Port District, could make the city’s skyline more distinctive. will also include hotels, offices and an aquarium.

Original ideas for the site were unveiled in 2016 by Protea Waterfront Development but it will present new preliminary plans Tuesday to port officials, who must still decide on them. Aside from just the earthquake changes, the firm has further modified plans but says the alterations still fit with the vision.

A hotel, retail area and underground parking garage directly on top of the fault line need to be relocated elsewhere on the 70-acre site. The fault line will largely be turned into a long pedestrian mall surrounded by trees, inspired by Barcelona’s Las Ramblas.

Also, sewage lines were discovered coming from Coronado that ran under the site, as well as other utilities, which have further altered original plans.

The biggest change was moving the aquarium next to the observation tower. The move puts the aquarium closer to the water, similar to the Monterey Bay Aquarium that uses its position on the water to observe marine life.

Yehudi “Gaf” Gaffen, CEO of Protea, said the fault and utilities may have moved some elements of the plan, but its overall redesign was strengthened by changes.

“A project of this size and complexity evolves over time. Not everything gets resolved in one shot,” he said Monday. “The commitment we’ve made is the project will stay close to what we proposed (in 2016) but there may be slight tweaks in it.”

More than just moving parts of the plan, Protea also made changes to the mix of uses. 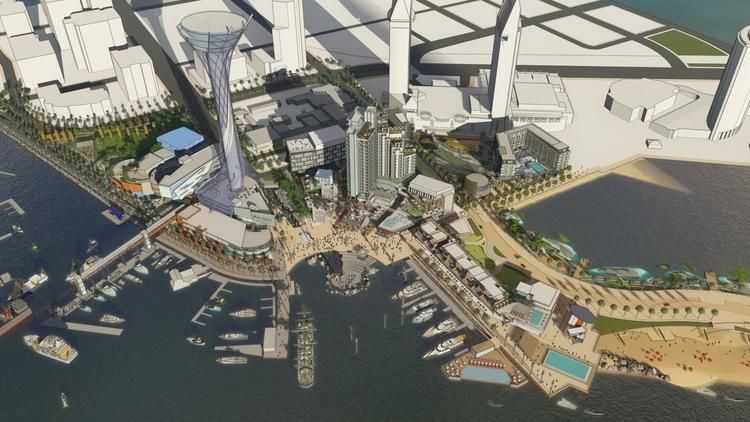 Aside from just the earthquake changes, the firm has further modified plans it says still fit with the vision. (Gafcon)

Based on market studies by CBRE, the amount of retail was reduced from 388,625-square-feet to 242,183-square-feet to make way for more office space. Unlike the spread out bungalows in Seaport Village today, new retail will mainly be on the street level of buildings. 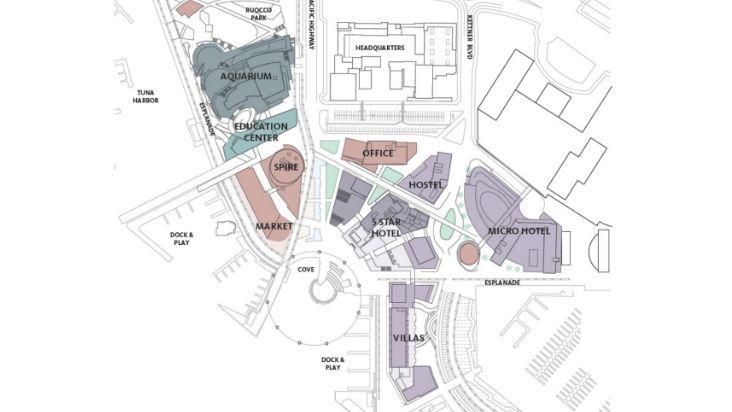 Based on market studies by CBRE, the amount of retail was reduced from 388,625-square-feet to 242,183-square-feet to make way for more office space. (Gafcon)

Inspired by Piazza del Campo, a large historic public square in Siena, Italy, a plaza on the waterfront is sure to be a major public gathering spot. Protea said the plaza doubles as a kind of symbolic origin point of the state because it lies at the starting point of Pacific Highway.

Construction on the new Seaport Village could begin in the next three to four years. After port approval of new plans, the California Coastal Commission must review as well.