He thought it odd that he'd found a dollar bill with her name on it. But little did he know... 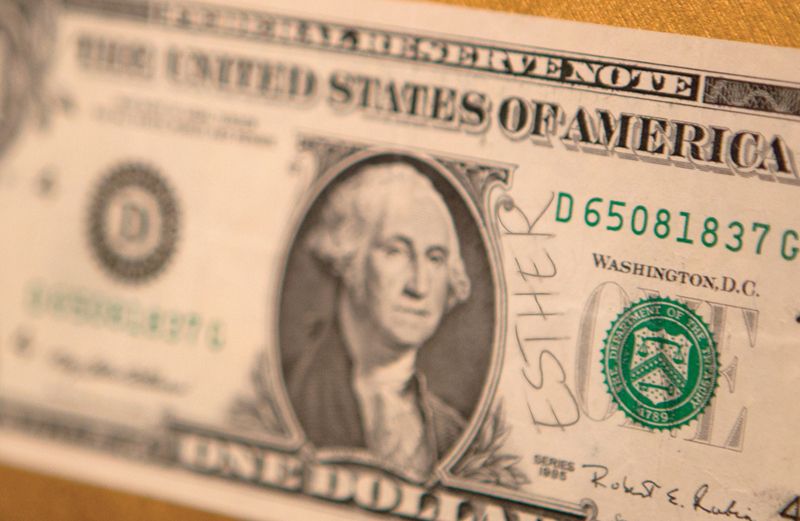 How do you know when you’ve met the love of your life? I couldn’t stop thinking about Esther. I laughed whenever we were together. My spirit soared at the sight of her. But we’d only been on a few dates! Was I really going to take her to dinner that weekend and ask her to be my girlfriend?

I knew she liked me but I was still nervous.

On my lunch break, I ran into a deli for a sandwich, pulling some bills that I had received as change earlier in the day from my wallet to pay for it. I glanced at them as I handed them to the cashier. Something was written on one of the dollars. I snatched it back and took a closer look.

In pencil, right next to George Washington, was the word Esther. What were the chances?

No way would I let go of that dollar. Heading back to the office, I had a funny idea. I ducked into a drugstore, bought a small frame and put the buck inside. I’ll give it to Esther on Friday night, I thought, chuckling to myself. She’ll get a kick out of this.

At dinner Esther told me she’d love to be my girlfriend. While we basked in the glow of our new relationship status, I pushed a box wrapped in pretty paper across the table. “I have a present for you.”

“Aw, how sweet!” Esther said. She tore off the paper and opened the box, held up the frame and stared at it.

“It was the craziest thing,” I said, telling her how I discovered it. She just kept staring at the dollar bill. Finally she looked up at me–but not with a smile. She appeared shocked, confused, disturbed maybe. I couldn’t tell. It definitely wasn’t the reaction I was hoping for.

Esther wouldn’t meet my gaze. “Remind me to tell you something later,” she said, slipping the framed bill into her purse. She seemed so out of sorts, I didn’t want to press her about it.

It was a rare awkward moment between us. A year later, I was ready for the next step. I hired a mariachi band to serenade Esther outside her window and asked her to marry me. She looked stunned for a moment, then shouted, “Yes!”

About two years after I had given her the dollar, we moved into a new apartment together. While unpacking, I came across the framed bill. I didn’t even know she’d kept it.

“Hey, you never told me about this dollar,” I said, bringing it over to Esther. “You acted so strange when I gave it to you!”

This time as Esther took the frame she smiled. “I thought if I told you the story behind it you would feel too pressured. After all, we’d only been on a few dates when you gave it to me.”

“What do you mean, the story behind it?” I asked.

“A few years before we met, I was working as a cashier at a copy shop downtown, dating someone who just didn’t feel right. I started thinking, How do you know when you’ve met the love of your life?

I got this nutty idea. I wrote my name on some dollar bills and gave them out when I had to make change. I said a prayer that somehow, one would end up with the man I’d marry.”

As it turns out, I’d hit the one-dollar jackpot! Now we have three great kids and are approaching our sixteenth anniversary. And I still consider myself lucky to be married to the love of my life.