Careful... Don't Get Caught in the Rental Trap 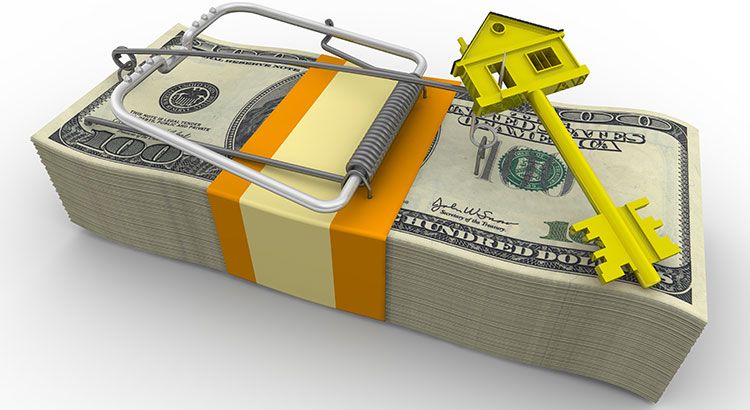 There are many benefits to homeownership. One of the top benefits is being able to protect yourself from rising rents by locking in your housing cost for the life of your mortgage.

Jonathan Smoke, Chief Economist at realtor.com, reported on what he calls a “Rental Affordability Crisis.” He warns that,

“Low rental vacancies and a lack of new rental construction are pushing up rents, and we expect that they’ll outpace home price appreciation in the year ahead.”

In the Joint Center for Housing Studies at Harvard University's 2016 State of the Nation’s Housing Report, they revealed that “The number of cost-burdened households rose to 21.3 million. Even more troubling, the number with severe burdens (paying more than 50% of income for housing) jumped to a record 11.4 million.” These households struggle to save for a rainy day and pay other bills, such as food and healthcare.

It’s Cheaper to Buy Than Rent

In Smoke’s article, he went on to say,

“Housing is central to the health and well-being of our country and our local communities. In addition, this (rental affordability) crisis threatens the future value of owned housing, as the burdensome level of rents will trap more aspiring owners into a vicious financial cycle in which they cannot save and build a solid credit record to eventually buy a home.”

“While more than 85% of markets have burdensome rents today, it’s perplexing that in more than 75% of the counties across the country, it is actually cheaper to buy than rent a home. So why aren’t those unhappy renters choosing to buy?”

Perhaps you have already saved enough to buy your first home. HousingWire reported that analysts at Nomura believe:

"It’s not that Millennials and other potential homebuyers aren’t qualified in terms of their credit scores or in how much they have saved for their down payment.

Many first-time homebuyers who believe that they need a large down payment may be holding themselves back from their dream home. As we have reported before, in many areas of the country, a first-time home buyer can save for a 3% down payment in less than two years. You may have already saved enough!

Don’t get caught in the trap so many renters are currently in. If you are ready and willing to buy a home, find out if you are able. Let’s get together to determine if you can qualify for a mortgage now!

Make the Dream of Homeownership a Reality in 2020

What’s Going On With Home Prices?

SAN DIEGO MARKET UPDATE FOR MAY 2018

Mortgage Interest Rates Have Begun to Level Off

Mortgage Interest Rates Are Going Up… Should I Wait to Buy?

4 Great Reasons to Buy This Spring

Where Are Interest Rates Headed in 2019?