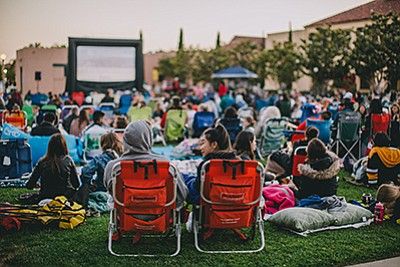 On the second Saturday of each month from May through October, there will be six films that appeal to film lovers of all ages. The screenings also feature surprise pop-up performances or activities, along with curated shorts preceding the feature film.

Films begin after sunset. Rain will cause the event to be canceled. No alcohol is permitted. For additional details call (619) 756-7992.

Ready for any weather conditions it has retractable covering, blankets, space heaters, all the amenities to keep you warm, cozy and dry.

For the budget-minded seeking places to stay with quality and value near downtown San Diego; The Pearl Hotel is an authentic, intimate, hip and cool, small boutique hotel close to the San Diego Airport, near the Gaslamp Quarter and local tourist attraction.